Walter Earl Culbreth, III, a.k.a. Coach Wallie. Sometimes in one’s life, you meet that one person who will change it forever! Whether you were family, friends, soccer family, State Farm family, or just an occasional acquaintance you automatically knew Wallie was one of those rare people. I was not only lucky enough to call him my husband but also my best friend. Wallie considered his children and grandchildren to be his greatest blessings. For those close to Wallie you know he was preceded in death by his daughter Brooke Marie Culbreth, know that I am sure they are having a wonderful reunion right now. Born January 2, 1955, to Walter Earl, Jr. and Peg Culbreth, he entered this world as a force to be reckoned with. He was born with a sense of humor and wonderful caring nature that will surely be missed. His greatest joys were spending time with his family and ordering his “BOYS” around the soccer field. Being the Farragut High School Boys Soccer Coach was one of the greatest honors to him. Wallie was a State Farm Agent for the last 30 years and made it his life’s work to ensure his family, friends, and policyholders had the policies they needed.
Wallie is survived by me his wife, Dionna (Dee Dee) Culbreth; parents, Walter, Jr. and Peg Culbreth; sons, Walter Earl, IV, Bradley Culbreth and wife Megan, and Ethan Dyer; brothers, Howard and wife Sherri Culbreth and Craig and Gail Culbreth; grandchildren, Collyns, Casen, Colton and Brody Culbreth; nieces and nephews, Josh, Amber, Jeremy, Lindsey, Jonathan, Todd, Katie, Keiffer, Gabriel, Victoria, Ericka, Kenneth; special cousins, Jim and Ken Malpass, Lisa Jensen, Danny Philemon, and too many more to name; aunt and uncle Judy and Roger May; brothers-in-law and sisters-in-law, Natoshia, Kenny, Tony, Diane and Tammy, and Todd; special friends Luis Gonzalez, Don and India Hando, David and Sherry Chong, and many more.
I was honored to have been able to write this even though there’s no way I could ever do justice to expressing how lucky and enriched I was to have been able to be the one who spent the rest of his life with him. Visitation with the family will be Tuesday, July 26, 2016, starting at 4:00 PM until 8:00 PM at Martin Oak Ridge Funeral Home. Graveside services will be 10:30 AM, Wednesday, July 27, 2016, at Pleasant Forest Cemetery in Farragut. 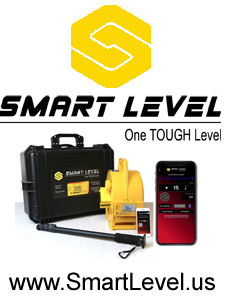